Did pushing aside Serum Institute’s local agent cause a vaccination delay in Sri Lanka? 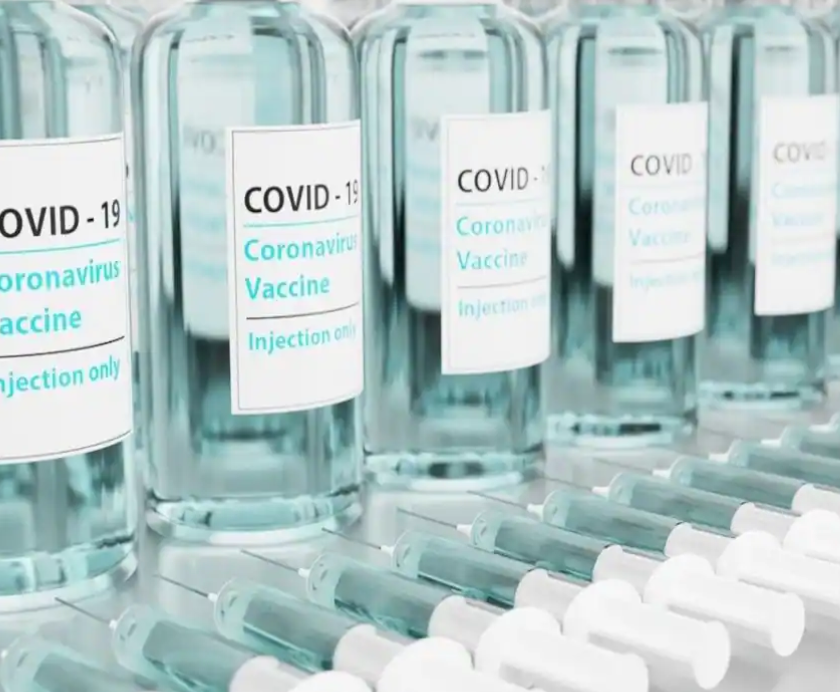 ECONOMYNEXT – Replacing Sri Lanka’s local agent of the Serum Institute of India (SII) with the State Pharmaceutical Corporation (SPC) in procuring the AstraZeneca Covishield vaccine would’ve led to a costly four-week delay in ordering the jab, a lawyer said.

This delay, in turn, could’ve contributed to the current shortage of some 600,000 second doses of the vaccine, the law firm LexAG told EconomyNext. Despite procurement guidelines allowing for circumventing standard procedure in a public health emergency, and the local agent as early as February 03 expressing no objection to the SPC’s directly importing the vaccine, the law firm said, there was an inexplicable delay in placing the order.

LexAG Senior Partner Attorney-at-Law Ranil Angunawela said in an email interview June 20 that the procurement guidelines spelt out in a 9 April 2020 circular issued by the Ministry of Finance authorises the cabinet of ministers to deviate from tender procedures in “very urgent and exceptional circumstances”.

The guidelines, seen by EconomyNext, allow for the cabinet to rely on a Standing Cabinet-Appointed Procurement Committee (SCAPC) or a “suitable” committee to expedite procurements above Rs 25 million.

On January 22, the National Medicines Regulatory Authority (NMRA) approved the Covishield vaccine for emergency use in Sri Lanka. An evaluation report published that day by the NMRA, according to Angunawela, makes it clear that the authority took just three days to evaluate the documentation sent by SII on January 19 via the Indian High Commission.

As the NMRA had already approved the vaccine by January 22, said the lawyer, the cabinet had the authority to authorise an emergency procurement immediately, and a memorandum to that effect ought to have been placed before cabinet.

“In our opinion, if Sri Lanka was already receiving donations of an NMRA-approved vaccine by January 28, 2021, and the price of a dose of the said vaccine was predetermined, there is no further impediment in the procurement guidelines that prevent a ‘very urgent and exceptional’ procurement order to be placed within days of NMRA approval,” said Angunawela.

However, SPC General Manager Dr Prasanna Gunasena speaking to EconomyNext June 20 said there was no such delay.

“After registration, there were so many agreements going from our side to SII and vice versa. The administrative procedures take their own time, but the principle agreement to take the vaccines was made on the day of registration

“We can only pay when Serum sends us a pro forma invoice. I think less than four weeks to complete the process is a very good speed,” he said.

Gunasena further noted that Covishield was the very first vaccine to arrive in Sri Lanka, and the process was “laid down while ordering”.

“Just think how long it takes your company to procure equipment and compare that with this process,” he added.

Under normal circumstances, the government procures pharmaceuticals and related products through either the SPC or a private agent. Observers say the decision to sidestep private agents would’ve put the SPC in the unenviable position of having to directly deal with vaccine manufacturers all over the world.

Angunawela’s objection is that nowhere in the April 2020 procurement guidelines does it obligate the ministry of health or the cabinets to make emergency procurement through the SPC only.

“The cabinet has the authority to make procurements in the most expeditious manner available. The SPC is one of many options. When NMRA approval was given to the Covishield vaccine on January 22, the evaluation report makes no mention of SPC. It instead mentions Citihealth Imports (Pvt) Ltd as the local agent of Serum Institute,” he said.

“This may be contrasted with the NMRA Report on Sputnik V vaccine, where SPC is named the local agent,” he added.

The lawyer contends that the cabinet was free to procure Covishield from SII via the existing local agent, as authorised by the procurement guidelines.

“We are not aware of any official communication from Serum Institute insisting on working exclusively with SPC. In any event, a no objection letter was obtained from Citihealth Imports (Pvt) Ltd on February 03, 2021, under which Citihealth stated that it has no objection to SPC importing the Covishield vaccine directly from the Serum Institute,” he said.

The local agent’s no objection letter was also seen by EconomyNext.

According to Anugnawela, from January 22 to February 03, no action would have been taken towards placing an order with Serum Institute, as the SPC would have awaited the agent’s no objection letter.

“So in our opinion the government’s decision to procure through the SPC, which was not required by the procurement guidelines, did result in a delay. Moreover, even after February 03, 2021, it is unclear as to why no cabinet memorandum was expeditiously placed before cabinet, and no ‘very urgent and exceptional’ procurement was made as envisaged by the existing procurement guidelines,” he said.

On February 10 this year, Indian Deputy High Commissioner to Sri Lanka Vinod K Jacob said at a business forum in Colombo: “I am given to understand that Sri Lanka is placing large scale orders for more vaccines from India.” If Sri Lanka was indeed in the process of ordering the Covishield vaccine by early February, it has raised questions as to whether there were possible procedural delays.

In the South Asian region, Nepal had signed a deal with SII for two million doses of Covishield at USD 4 per dose and had later planned to order an additional five million at USD 5.5. However, the Kathmandu Post quoting Nepali officials reported on May 08 that SII’s local agents had asked for a 10 per cent commission per dose. The Nepal health ministry had then requested SII to sell the vaccine directly to the government by cutting the middlemen, but according to the Kathmandu Post, the Indian pharmaceutical giant had refused.

Meanwhile, on January 07, Bangladesh had approved the procurement of 30 million doses of Covishield from SII through the privately owned Beximco Pharmaceuticals Limited.

The Dhaka Tribune quoted Directorate General of Drug Administration (DGDA) Director Md Salauddin as saying on January 07 that Beximco Pharma would first supply the vaccine in meeting the government’s requirements, after which it may supply it to private hospitals approved by the government.

However, on February 04, Reuters quoted Beximco as stating that SII had delayed the first supplies of a COVID-19 vaccine for private sale, instead prioritising government immunisation campaigns and the World Health Organisation (WHO)-led COVAX facility. Beximco was the exclusive distributor of the SII-manufactured jab and had, by then, already received five million of the 30 million doses it had ordered.

Angunawela believes Sri Lanka followed proper procedure when ordering the Russia-manufactured Sputnik V and the Chinese Sinopharm vaccines, after each was approved by the NMRA.

“However, the procurement guidelines do not prevent the cabinet of ministers from appointing a competent committee to pre-negotiate the price of a dose. Such a Cabinet-Appointed Negotiating Committee was appointed for the Sputnik vaccine. But we are not aware of any such committee in the case of the Sinopharm vaccine. It may be necessary to inquire as to what led to the price differential between the prices at which Sri Lanka and Bangladesh purchased a dose of the Sinopharm vaccine,” he said. (Colombo/June22/2021)