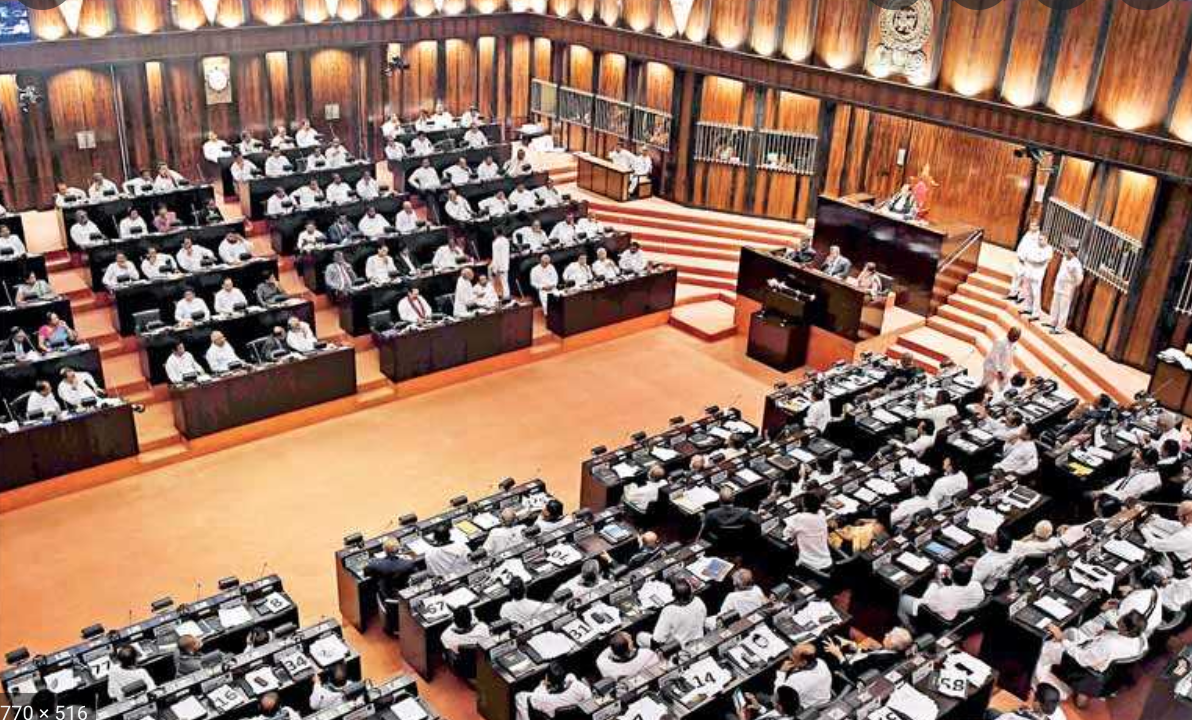 At a time when the present Government has expressed some support for a 21st Amendment to the Constitution, there should be a discussion on what is intended to be achieved through this measure, especially as far as the changes that need to be done to the present Constitution are concerned.

Among the most necessary changes are the establishment of a system that gives more powers to the Parliament or public representatives, strengthening and establishing independent commissions, and making public institutions more accountable.

The Constitution and the economic crisis

During the discussion, Dr. Welikala discussed the importance of why Sri Lanka needs constitutional reform in the middle of an economic crisis, and what a Constitution can do for good economic governance in Sri Lanka.

He added: “The current economic crisis has a very strong, very visible, institutional aspect. The current Government made a relatively unaccountable Presidential model under the 20th Amendment to the Constitution.

“From the very beginning, even before they were elected, they were making a point that the framework introduced under the United National Front-led Government, i.e. the 19th Amendment to the Constitution, provided for a very ineffective system of governance because it is a power-sharing model between the Prime Minister and the Cabinet of Ministers on the one hand, and the President on the other, and that it is Executive action that is needed,” he said.

“In terms of economic policy, they made a strong argument that the centralisation of the political power of the Executive Presidency was a necessary institutional dimension of implementing their economic vision. Their political model has led to the current economic crisis.”

He further opined that despite what was promised, Sri Lanka has ended up where it is, in the most unprecedented and serious economic doldrums the country has ever been in as an independent nation since 1948.

He explained: “The Constitution is the fundamental law of the State, the society, and the market. A market creates wealth in a legitimate way with a functioning State. There cannot be a functioning State without a strong Constitution. The conditional State balances the interests of the public with the wealth-creating market.

“What a Constitution provides is a fundamental framework in a functioning polity to provide for a functioning economy,” Dr. Welikala opined.

“Without control, the agent will always tend to act on its own, rather than the principal’s interests. Dealing with that is one aspect of minimising agency costs. When it comes to the second point, in this particular relationship between the agent and the principal, or the Government and the people, there is an asymmetry of information between the two. The agent, i.e. the Government, usually has far more information to pursue its own economic interests than what is available to the principal.

In regard to maximising public goods, he noted the importance of efficient institutions that deliver transparent and accountable decision making, and added that it is a major public good that a well-defined Constitution ought to be delivering for good economic management. He noted that the key point here is that the lower the agency costs of the constitutional system, the higher its propensity to produce public goods like efficiency, transparency, and accountability.

Meanwhile, Dr. Samaratne spoke of the importance of a Constitutional Council (CC), and how the 21st Amendment to the Constitution should strengthen and re-establish it. She noted that the economic crisis Sri Lanka is facing is a result of a political crisis that has been latent in the country, and that it is quite literally a man-made crisis, given the low female representation and inclusion in governance.

She noted that as far as reforms to the CC are concerned, there are three institutions that have to be looked at. They are the CC, high offices such as the Attorney General’s (AG) Department, and independent commissions. She also noted the changes that the 19th Amendment to the Constitution made, and how it contributed to the devolution of power.

She added: “The proposal by the main Parliamentary Opposition, the Samagi Jana Balawegaya (SJB), is more in line with best practices in Sri Lanka and elsewhere. The CC does two things – approving names proposed for high offices, and recommending names for appointments for independent commissions.”

She further said that the SJB’s proposal has recommended that the posts of Central Bank of Sri Lanka Governor and Monetary Board Members be considered high offices that should come under the CC. She also noted that including the said two groups reflects best practices.

What is more, she added that the SJB proposal seeks to restore Parliamentary democracy, and that in this situation, the CC will act as a counterpoint to the powers that will be exercised by Parliament.

Speaking of the necessity of having a CC, she said: “When we have a CC either to approve names or to make recommendations, we are trying to avoid a situation where appointments are made on a partisan basis to public offices, because public powers should be exercised according to the stipulations of the Constitutional mandate, and for the public’s benefit. It also helps to restore and preserve the independence of the Judiciary and other significant offices such as the Auditor General and the AG.

“In addition, it also helps ensure that expertise is brought into complement the work of the Parliament, the Executive, and the Judiciary. Fourthly, there has been what can be described as state capture in Sri Lanka. Having a CC will help to address its current manifestation and can also help to prevent state capture in the future.”

According to Dr. Samaratne, state capture can be explained as a state of affairs in which the captors have altered public functions at a scale and at a duration that prevents public institutions from acting in the public interest. It, she added, benefits the captor, and neutralises internal and external checks.

21st Amendment to the Constitution

Meanwhile, Dr. Gunatilleke talked about several necessary changes in the proposed 21st Amendment to the Constitution.

He added: “It is very clear that the people are drawing a connection between their economic conditions and the prevalence of corruption. Economic injustice has been connected to the very ability of the leaders to make decisions without checks, and to their powers.

“The idea of constitutional reform is the next logical step. It is not just about replacing the current leadership with other leaders. We have to make sure that no leader in the future ever has that ability to take us to this crisis point again. Abolition of the Executive Presidency is where to start the system change. In addition to that, there are other features of the 21st Amendment to the Constitution proposal.

“When it comes to the 21st Amendment to the Constitution proposal, what it does is disincentivise defection in a notable way. First of all, a MP who defects from the original party would not be able to hold a Ministerial position for the remainder of the term.  That is one aspect that gives the parties greater space. To institute dispensary action and eventually expel MPs through the 21st Amendment to the Constitution, there is SC jurisdiction to review the expulsion of a MP, which is sort of limited to questions on merits rather than on disciplinary procedure, because in the past, many expulsions have been deemed unlawful by the SC purely on procedural grounds, which weaken the parties’ ability to expel someone due to defection.

“Another feature is minimising the number of Cabinet Ministers to 25, while also having a limit to non-Cabinet Ministers, such as State Ministers. I think that the public has been extremely frustrated about peculiar and illogical ways in which Ministerial portfolios are formed. Reforming this has been a long standing demand.

“There is another serious problem in terms of how leaders in power almost never fulfill their election promises. The people can only hold leaders to account for reneging on their manifestos at an election. Between elections, leaders are simply not required to answer to the people and the promises they make. This is complete impunity in terms of breaking promises given by politicians.”

Dr. Gunatilleke noted that these issues need to be addressed through the 21st Amendment to the Constitution.

After disputes, uncertainty and various proposals, the Government has expressed its willingness to accept a 21st Amendment to the Constitution, and if it is implemented, Sri Lanka will soon see a new Constitution.

However, as the experts who expressed their opinion during the discussion said, the 21st Amendment to the Constitution should address the issues in the existing Constitution, and should prevent future leaders from putting the country in difficult situations such as the prevailing economic crisis.

← Regulation of the Insurance Industry in Sri Lanka Unclear medicine pricing in Sri Lanka: The cost to the consumer →